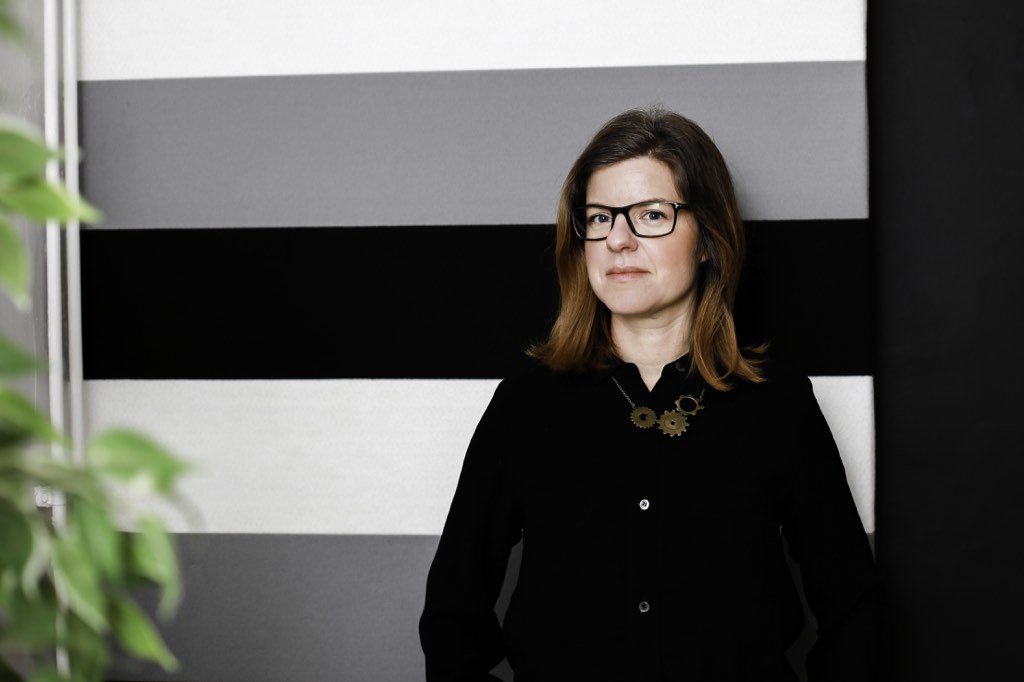 LinkedIn isn’t Instagram – it doesn’t reward flamboyancy. Instead, it encourages its users to build relationships and helping each other. I talked to Frida Smedberg, a marketing advisor, about concrete ways for freelancers to generate engagement and find clients on LinkedIn.

I open up our conversation by asking how Frida came to like LinkedIn so much. She tells me it began two years ago as she embarked on her freelance journey. Frida had decided to quit her 9-to-5 job and intended to start an export business. For that, she needed to build an e-commerce store. She realized rather quickly that such a store needed marketing.

The export idea didn’t really take off but Frida had discovered that she loved doing digital marketing: “I realized the fun involved in marketing, and writing text and copy, and creating strategies for social media. I decided to continue with that and helping small business owners with that.”

It was after this business idea pivot that Frida discovered LinkedIn. Like many others, she’d used it in the past passively. It served as a repository for her digital CV and résumé. Its potential as a marketing tool hadn’t been obvious to her until then.

The more she learned about the platform, the more she liked what she saw. Now she advises small businesses in social media marketing on LinkedIn and other social networks.

This Article at a Glance

6 Ways in Which LinkedIn Differs From Other Social Networks

To the uninitiated, most social platforms seem rather alike. They have similar features such as comments and likes and encourage repeat use. LinkedIn can easily appear to be yet another social network to waste time on. I ask Frida what, according to her, makes LinkedIn unique and why she likes it so much.

One of the reasons that LinkedIn is so important for your personal brand is that your LinkedIn profile will rank highly when someone does a web search for your name. It might even rank higher than your personal website, Frida says.

It’s Relatively Easy to Connect With Others

Another aspect that not many realize at first is that it’s easy to connect with people through LinkedIn: “It was easy to start a discussion by posting content and creating engagement and network with new people. People were, and still are, open to network on LinkedIn… I liked the whole social atmosphere and culture.”

Its Users are High-Income Earners

Frida quotes a study that says that LinkedIn users earn more on average than users on other social networks. This makes LinkedIn extra interesting to freelancers hoping to get the attention of prospects who are less price-sensitive.

I do some more research after our interview and dig up a 2018 Pew Internet Research Study that states:

“LinkedIn remains especially popular among college graduates and those in high-income households. Some 50% of Americans with a college degree use LinkedIn, compared with just 9% of those with a high school diploma or less.”

You Can Network Without Pants

For Frida, LinkedIn was perfect during a phase in her career when she wanted to network but wasn’t able to attend events several times per week. It was a way for her to create conversations with lots of people. These online exchanges could result in having coffee or lunch.

She says that using LinkedIn to network that way is generally accepted. There’s no creepiness to worry about, such as on Facebook where people sometimes view friending strangers as weird. The general understanding is that people are on LinkedIn for professional reasons. As a result, they take each other more seriously.

It Encourages Conversations, Not Just Pushing Your Message

Frida says that compared with other social networks, interactions on LinkedIn consist of thoughtful feedback. Instagram, for example, is more like a broadcast platform. Engagements happen in the form of likes and the platform rewards such non-personal interaction.

Well-Written Posts Get as Much Attention as Fancy Graphics

LinkedIn isn’t as visual as some platforms, Frida says. As a result, text content performs relatively well and content tends to flows in the order it was created: “People’s posts appeared pretty much in chronological order which makes it easy to interact with your contacts. The need for the content to stand out visually isn’t as important as on Instagram or Facebook. A simple text could get a good reach as long as it was engaging and relevant for your network.”

2 Common Mistakes that Freelancers and Small Businesses Make on LinkedIn

It’s clear that treating LinkedIn like “Facebook for work” isn’t a viable strategy. This platform does indeed have some peculiarities that make it interesting.

I ask Frida what mistakes freelancers generally make when it comes to using LinkedIn for prospecting.

They Underestimate the Potential of the Platform

Many freelancers underestimate the possibilities of the platform, Frida says: “Many business owners I know dismiss LinkedIn because ‘it’s so damn boring!’.” She says it’s understandable: “It’s not an aesthetic and pretty platform… it’s not Instagram, it’s not visually appealing.”

They Assume All Content Needs to Be Boring Corporate

Since LinkedIn has such a corporate image in the minds of many, that affects how they use it: “So when they write something, they’re scared to make a mistake and ruin their career… they put on a corporate straightjacket which results in people not using their account. They just leave it there.” Having covered the don’ts, I ask Frida about the dos.

“When writing your LinkedIn profile, you need to think like when you’re designing your website, but in a much shorter format,” she says.

For busy bees, Frida advises: “If you’re short on time, make sure at least your profile is up-to-date. It should briefly explain who you are, what you’re offering, for whom, what you can do or how you solve problems. That’s all you need.” Frida emphasizes that it’s important that it’s clear how to contact you, for example, phone number, email or website.

Frida says it can be a good idea to offer a freebie of sorts. It can be free content that you offer those who read your LinkedIn profile. “View it as a sales funnel,” she says: “Include a call-to-action to contact you.”

“It’s OK to reach out to people without a prior introduction. The platform is built for networking. It is also the only platform where many users are business owners and CEOs whom you can reach with a click,” Frida says.

Networking on LinkedIn can be as simple as starting with “hello my name is…”, Frida says. In that way, it’s like attending any networking event. But unlike mingle events, LinkedIn lets you view the person’s profile. This helps you find things you have in common.

Frida says a way to start a conversation is to write something along the lines of: “I can see you’ve worked with this, I’ve done similar things.” or “I’m also deeply interested in this topic/interest/hobby.” Even having lived in the same town can be something to bond around.

Your networking attempts will be successful if you remember why you’re there and act accordingly. So when you send a contact request, always include a message. Express and interest and a desire to help. Frida advises to view LinkedIn networking more like in-real-life networking and less like the anonymous following people do on Instagram.

Focus on Selecting and Knowing Your Contacts, Don’t Hoard Them

The one with most contacts isn’t the winner,” Frida says. She continues: ”More contacts aren’t better.”

Instead, Frida recommends understanding who’s in your network and carefully curating it. ”Start by thinking about what you want to get out of your time on LinkedIn.”

If you are a freelancer, that could be more sales, building your personal brand and connecting with key people in your industry or field. Unlike Facebook, you don’t have to accept your grandpa’s old classmate, neighbor or former boss’s contact requests, unless they are part of your target group.

“Don’t be afraid to trim your network and keep it to the point. Find out why your target group is on LinkedIn and what they’re hoping to accomplish. If you are consistent with this, the more engagement you will see when you post content. That makes it more fun and rewarding to use LinkedIn,” she says.

To Get Engagement, Read and Interact with Other People’s Content on a Regular Basis

At the core, LinkedIn is a social network. As such, it rewards users that regularly log on and spend a few minutes. It will also reward users that interact with others’ content, such as liking and commenting.

Always Be to the Point and Helpful

When posting on LinkedIn, “Be to the point, don’t pour yourself out,” Frida advises.

Being a little bit personal is fine, it’s better than being stiff. The difference with platforms such as Facebook and Instagram though, is that oversharing information about your personal life, unless it is relevant to your target audience, isn’t necessary.

Focus on giving concrete actionable advice within your area of expertise, especially in a way that is useful to your target audience.

“Storytelling always works,” Frida adds. “Whenever you’re telling something, tell it like a story. Create suspense. Make it a bit more personal.” You can wrap up what you want to say in a story. If you want to mention an award you’ve received, and which you’re proud of, you can tell it like a story. That will create more interest than just announcing it as a fact, Frida suggests.

“You can never think of LinkedIn as a quick fix. It won’t bring you a quick buck nor any fast leads. It’s about long-term relationship-building,” Frida says. Instead of viewing it as a sales channel, Frida advises freelancers to see it as a way to build authority in specific topics over a year, which in turn leads to relationships and sales.

Frida’s Top Tips: 6 Things You Can Do Today to Improve Your LinkedIn Profile If this article has spurred you to get your LinkedIn act together, here are 6 things you can do right now. Frida says that LinkedIn is more focused on people and businesses selling services than on those selling physical goods. 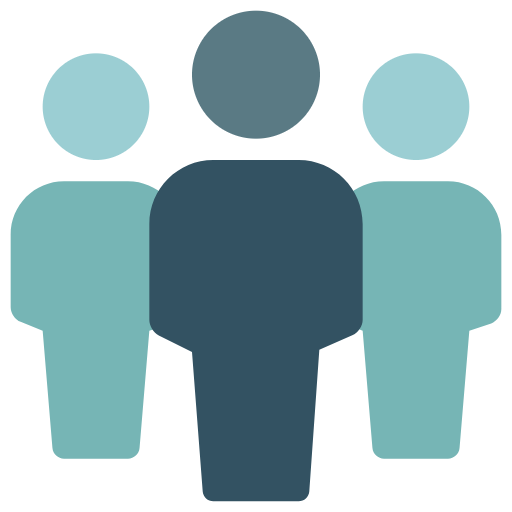 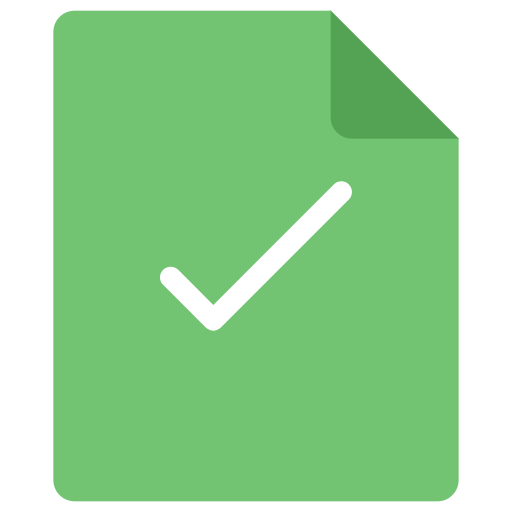 6. Start a Group On a Topic You Know a Lot About 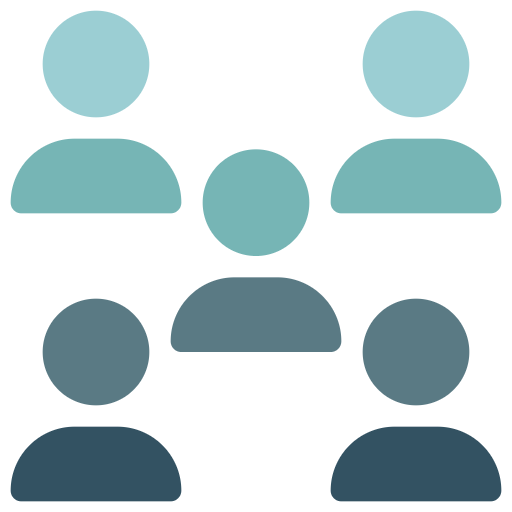 Frida is a freelance marketing consultant who works with organizations globally to help them make a bigger impact online. Read more about Frida on LinkedIn or visit her website.